Thank you! Your submission has been received!
Oops! Something went wrong while submitting the form.
By subscribing, you agree to get emails from me, Brandon Cullum. I'll respect your privacy and you can unsubscribe any time.

Making a Baby Gate for Cheap

Now that our daughter has decided she wants to climb on and over everything in our house it's time to baby proof the stairs. There are a bunch of commercial baby gates available, but I wanted to make one to an exact size that didn't cost too much.

Since I'm using lumber from the big box store and not rough lumber you could skip this step. But to keep from running into issues of the lumber not being flat/square, I wanted to dimension everything.

This is the process I used on the 2x4's which made up the rails:

I'm using 2x4's for the frame and 1x8's for the inside panels. These are all cut to final size and width on the table saw. I'm using mortise and tenons to attach the frame. Make sure and leave 3/4 in extra on each of the frame pieces that will have mortises.

Step 3: Cut Mortise and Tenons on the Frame

There are a bunch of different ways you can cut out mortise and tenons, but I've found that one of the easiest (and fastest) is with a dado stack on the table saw. A dado stack is a series of saw blades that you stack together so you can make thicker cuts.

After installing the dado stack, I marked a 3/4 in line off of one of the frame ends and then slowly cut back the material. A good rule of thumb is for your tenon to be 1/3rd the total thickness of your piece.

The mortise is a groove that extends the entire way down the remaining rail pieces. These are sized to fit not only the tenons but also the inside panel pieces as well. Since the dado stack thickness was less than the tenon, I was able to flip the workpiece on the table saw after making one cut so that the final cut was precisely in the middle.

With all the pieces and joints cut to size, I dry assembled the door and then glued. I checked for square by measuring from corner to corner diagonally and making sure they were equal.

We wanted to roughly match the door to the wood color on our staircase. After some trial and error, we landed on Minwax English Chestnut. After applying one coat of stain, I used General Finishes Arm-R-Seal as a clear top coat.

We used T-hinges and a simple gate latch. They attached with the supplied screws to the door. I initially didn't plan for how far the hinges would reach across the door. I wanted to connect them further down from both the top and bottom of the gate but had to push them right to the edges because of their length.

The latch was installed on the back side of the door to make it harder for my daughter to reach ;)

Step 7: Attach Door to the Wall

I painted a piece of wood the same thickness as our trim and screwed it into the wall. Since the door was tall enough and we were attaching it low enough the bottom henge could be screwed directly into the baseboard. I used a few old National Geographic's as spacers as I drilled and screwed everything together.

The final piece of the latch was attached to the banister and we made sure everything would latch in place.

We are attaching these to both the bottom and top of the stairs and they made for a pretty inexpensive solution to hold our growing daredevil at bay! 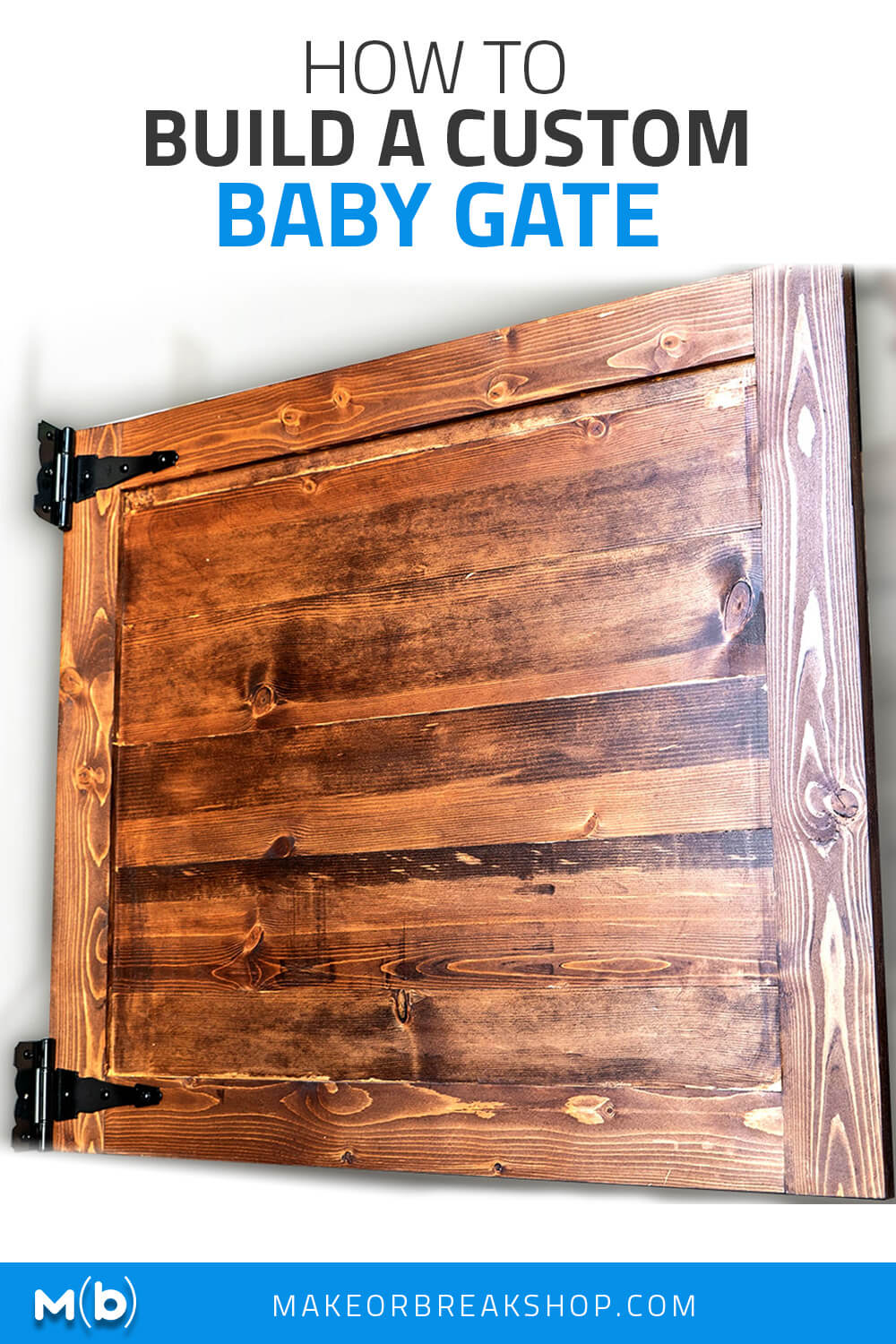