Laser engraving is one of the best ways to add a personal touch to your projects.  From logos on business cards to initials on cutting boards you'll always find a new use for a laser. The only problem is they are VERY expensive.In this video, we check out one that isn't.  We review the Ortur Laser Master Engraver V2 ($200) and see if it can take the crown for the best budget laser engraver.

Check out my My complete laser cutter and laser engraver rankings for 2020.

The Good
The Bad
Buy Online
Price:
Check it out!

How much does it cost?

What can it laser engrave and cut?

Can it laser engrave metal?

Who is this for?

The Ortur Laser Master Engraver 2 steps up the overall work area to 400 x 430 mm (15.7 x 17in). This is one of the largest work areas I’ve seen on these lower end diode machines.

The majority of the laser projects I do are the size of a cutting board and smaller, so this increased work area over the first version is a huge upgrade.

The engraver is built with extruded aluminum rails and hardened plastic supports. While this won’t win any strength competitions, you won’t need a robust engraver. Unlike a CNC, which has constant stress on the frame from carving against the wood, the only stress on a laser is the actual motion of the gantry.

I found that even when I ran it at its top speed of 3000mm/min (1.9 in/sec) it held up fine, and could still produce very detailed engraves.

The movement comes from stepper motors and timing belts.

A nice addition is the synchronized y-axis shaft. A metal rod runs the length of the x-axis and keeps the opposing ends of the engraver aligned. I have found that some engravers will come out of alignment when running at higher speeds. The rod keeps everything locked into space.

The Ortur Laser Master Engraver 2 is advertised with a 7W or 15W option. My review unit was 15W, but that wattage is pretty misleading. This refers to the amount of power going INTO the laser module instead of the power of the laser coming OUT.

If you compare this to a CO2 laser like the K40 or my 50W Chinese laser, those wattages do refer to the power of the laser.

The actual power of the 15W version is roughly 4.5W according to the manufactures website. This is my biggest criticism of the unit since its really easy to assume this is a lot more powerful than it is.

There are several safety features included with the Ortur. The biggest being if there is any interruption to the machine the laser will cut off. This could be from bumping the frame, to a loss of signal from the computer. I forgot to set my PC to not sleep and had several long engraves stop midway through.

While it sucks to restart an engrave it is great to not start a fire in my shop.

The biggest drawbacks in terms of safety are due to its enclosure.

Or lack of one. 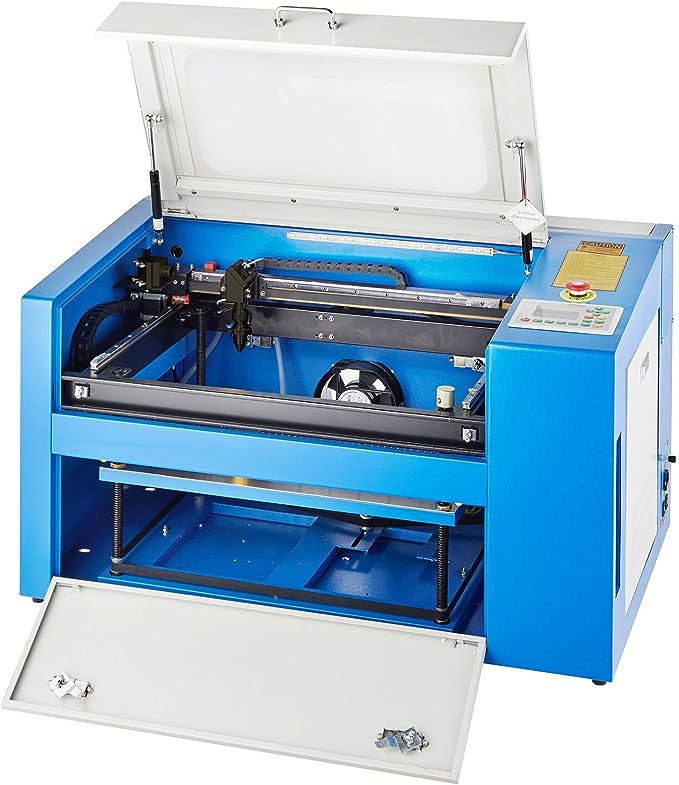 50W Chinese Laser Cutter
Price:
$1,699.99
This laser is one the workhorses in my shop. I LOVE using it!
Buy Now From Amazon

Larger CO2 laser units will be fully enclosed. Which allows for three things:

Even though a diode laser is much less powerful, you always run the risk of fires and complications due to smoke and fumes.

While using make sure and keep a fire extinguisher around and work in a well-ventilated area.

Fire Extinguisher
Price:
$19.97
If you are using a laser, you need to stay safe.
Buy Now From Amazon

Especially if you are working with acrylics (more on that later).

The motherboard is listed as 32 bits with STM32 MCU. While I’m not an expert in electronics, I do know that compared to an 8-bit board you get an increased power range. This allows the beam to be controlled with finer accuracy.

Raster engraves of grayscale images demonstrate how useful this can be.

In the middle of the review, Ortur contacted me about their rotary attachment. This will allow you to engrave on cylinders. While I haven’t used it, I know that rotaries are nice to have when laser engraving things like pens.

The assembly is pretty quick. I still have nightmares of putting together my X-Carve CNC which took 2 full days.

I had this up and running in about 30 minutes. The entire X-Axis is assembled and everything goes together with a few screws and nuts.

Compared to the smaller first version of this laser it does take longer to put together. But again, the assembly on this one is pretty easy.

Having a laser is one thing.

Sending a design to a laser is another.

This use to be pretty difficult and hacky but Ortur gives you a couple of great solutions.

Laser GRBL is the software provided by Ortur. It is an open-source project with lots of support online from a great developer community.

It is pretty clunky, and while you’ll be able to get great results I usually try and avoid it.

Plus it's only on PC.

Which leads me to my go-to piece of software

I’ve talked about Lightburn in the past, this is the software I use on all my machines except for the Full Spectrum Muse (they have their custom software).

Lightburn comes with a full 30-day trial and then is $40 to pick up the G-Code license.

I go into a more in-depth walkthrough of how I use it in the video.

But take my word for it.

Lightburn is the way to go and it works on BOTH Mac and PC.

How much does it cost?

This is compared to the smaller first version which you can usually find cheaper.

What can it laser engrave and cut?

Ortur provides a breakdown of what it can laser engrave and cut.

From my testing, I found that if you want to do some serious laser cutting then diode lasers will take forever and be pretty frustrating.

If you want to laser engrave then this is an awesome option. Specifically, I do lots of laser engraving on hardwoods, plywood, cardboard, Kraft paper, and even stones.

Acrylic is also supported, just make sure you are working in a well-ventilated area since the fumes are horrible.

Can it laser engrave metal?

The short answer is no. You will need to step up to a fiber laser to be able to cut and engrave metal. Fiber lasers are much higher in price, even compared to a CO2 laser.

But there are some workarounds.

There are several sprays you can purchase to apply a coating to the top of a metal surface. Then you engrave the coated metal to reveal the metal underneath. This is pretty popular with powder coating. 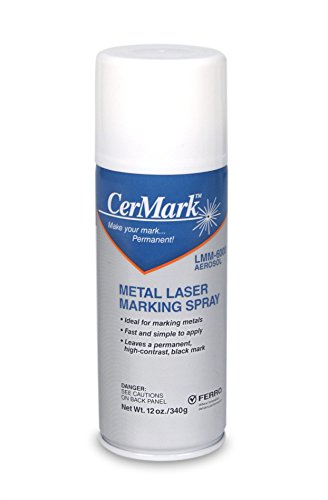 CerMark Marking Spray
Price:
$99.99
This spray gives you the ability to engrave on metal.
Buy Now From Amazon

I haven’t tried it with a diode laser but Endurance Laser Lab has some great videos walking through several of the different sprays they tried.

And now to the fun stuff. Here are a few tests that I did with this unit.

You can also check out the review I did on the first version of this engraver since the actual laser module is the same.

The top thing that I get paid to laser engrave is cutting boards. This is a quick example of a fun pig butcher design I’ve seen put on other cutting boards.

You could just as easily engrave a name, initials or even an entire recipe on the surface.

Imagine your next meet and greet with custom laser engraved business cards. This was just a quick test, it’s not even centered (come on Brandon…)

With these cards, there is a good chance people will remember you, or at least the baby Yoda floating next to you.

Cardboard projects are always fun to put together. You can get dark engraves and the uniform surface makes for an awesome laser engraving material.

This is a quick Batman comic book cover. I edited the file to make it just black and white.

This is the largest raster engrave that I did. Lightburn uses dithering ti to mimic a greyscale effect. Dithering using tiny dots to simulate shades of grey. Looking back I wish I had run the laser at a higher power but you can get an idea of the type of resolution this thing can achieve.

This also took FOREVER. The entire engrave of the 10x10 portrait wound up just shy of four hours.

Who is this for?

So you’ve made it through this review but you really just want to know if this would work for you.

If you are want to laser cut and produce a higher volume of things then stepping up to a CO2 laser (like my 50W) would be a better way to go. You’ll get more power, repeatability, plus the safety features that will make it easier to run in a busy shop.

And for a diode laser machine moving forward this will be the one I recommend.

It’s at a great price point paired with a large work area.

Plus if you want to save space then the first version is still a great option.

Check out the cheapest CO2 laser on the market! Full review of the OM Tech 40W Laser
November 10, 2020

Let's break down the brand new Ortur Aufero CNC Engraver. Let's compare it to older units and see if this could be a good sub $300 option to add CNC capabilities to your shop.